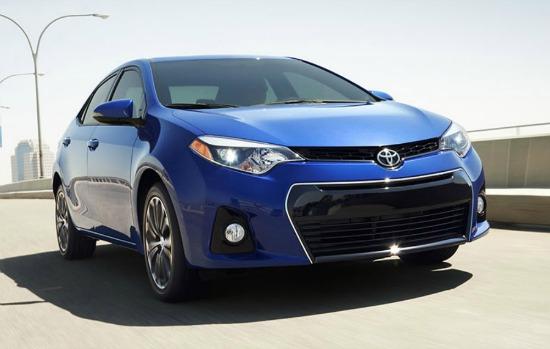 Following a complete redesign last year, the 2015 Toyota Corolla remains the same as its one year older sibling with a few minor exceptions.

The new edition of the best-selling car in history now has a fold-down real center armrest in all trims except the base L model. The Toyota Corolla for years has had a lengthy list of standard features, and it’s now even better. The upper level trims for 2015 get the Driver Convenience package as standard equipment.

The S trim premium was my weekly test drive, and it’s most equipped of the four Toyota Corolla trims, which also include L, LE and LE Eco. All models have a four-cylinder engine. A manual transmission is standard. But the options include a four-speed automatic and a continuously variable transmission.

I drove the latter option. Like the 2014 model, this year’s Toyota Corolla is a keen reminder of the definition of reliable transportation. Like many smaller sedans, the Corolla is rated to seat five, but it’s more comfortable for four adults. It’s front-wheel drive and powered by a 1.8-liter, 16-value engine with 140 horsepower.

The S trim (premium/plus) has 17-inch alloy wheels, firmer suspension tuning and rear disc brakes (versus the standard drums). The exact list of features on the “upscale” Corolla is slightly confusing. Overall, the S Premium starts with the S Plus’ equipment and shares the upgrades of the other Premium models, including the premium vinyl upholstery.

Driving the Corolla can be spirited. As a small sedan, the top-line has some spunk, although it shouldn’t be mistaken for a sports car on any level. The drive is smooth and steady, and the vision is good and void of any blindspots.

I like the layout and functionality of the gauges and dials. The navigation system is ideally placed and the six-inch screen offers a clear picture and sound directions with plenty of advance warning.

Several reviews of the new Toyota have cited its generic presentation and personality. The entry level L trim is a basic vehicle, yes. And that’s a good reason to consider upper levels.

Spacious interior, particularly for its segment.

Not the quickest small sedan in industry.

“The 2015 Toyota Corolla isn’t built to excite, but its sensible blend of fuel economy, features, versatility and value make it a compelling choice for typical small sedan shoppers.” — Edmunds.com.

“While the Corolla is solid, it’s not sporty or sexy or even luxurious. If you’re looking for any or all of these attributes in a compact car, we suggest the Ford Focus, Dodge Dart or Hyundai Elantra.” — Kelley Blue Book.

“The controls are still laid out sensibly, and the ride is still smooth and compliant. In other words, Corolla loyalists aren’t likely to jump ship, but there’s a lot more attitude in this redesigned model, no doubt, and Toyota hopes that will enhance the Corolla’s crossover appeal.” — AutoTrader.

“The Toyota Corolla has been the go-to car for a long time for those seeking competent transportation and longevity at a fair price. The Corolla is no longer inexpensive and there are other great small sedans on the market. But there are still plenty of reasons to buy a Corolla, and it’s no surprise it’s the best selling car in history.”

Booking.com
PrevPreviousFord Fusion three times isn’t charm in recalls
NextDriving the Tour of California in a Lexus SUV, #1Next