Driving the Tour of California in a Lexus SUV, #1 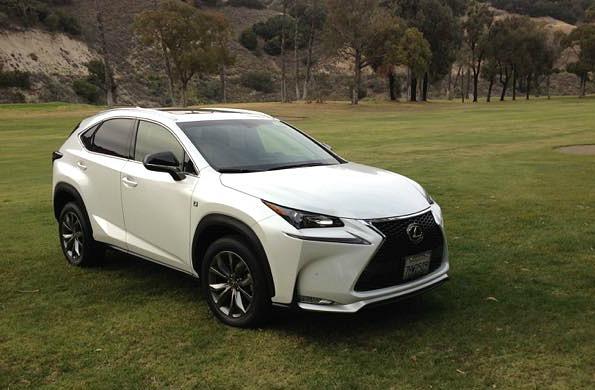 After driving the first three stages of the Amgen Tour of California in my weekly driver, a 2015 Lexus NX 200t F Sport, I stopped for my first refuel of the race’s 10th edition. Lexus is a sponsor of the event and it has provided vehicles for staff and media members.

The Lexus NX 200t is a five-passenger, compact luxury crossover new for this year. The sport model I’m driving for 10 days embellishes the standard equipment with a half-dozen items to make the vehicle, well . . . more sporty.

It has a 2.0-liter, turbo-charged engine with 235 horsepower and a six-speed automatic transmission.

My first day’s roundtrip from Sacramento to Lodi on stage 2 was only 68 miles, almost all freeway miles. On stage 3, I drove to San Jose for the start of the stage and then a three-hour post-stage trek to Pismo Beach, a mostly high-speed haul along Highway 101. In all, the first tank of fuel took me 297 miles, and primary on freeways and at least at 70 mph. I often used the air conditioner.

The new Lexus SUV is at its best (at least so far) at freeway speeds. There’s a slight starting lag when accelerating, but once at 50 mph, the smoothness of the drive and the vehicle’s maneuvering on winding roads is impressive.

PrevPrevious2015 Toyota Corolla: Steady, enduring sedan
NextDriving the Tour of California in a Lexus SUV, #2Next