Jerry Seinfeld and Jay Leno in cars getting Emmys? 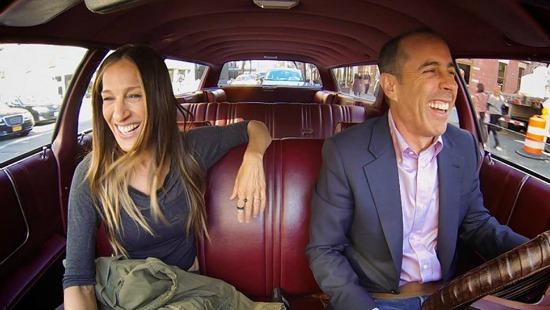 Jay Leno and Jerry Seinfeld will be vying against each other in the Emmys. But it won’t be  competition of comedy. Instead, the two avid car collectors have been nominated in the Short-format Nonfiction Program category.

Leno’s car show has been nominated four times before, and won the category in 2011.

Seinfeld, who collected several Emmys for his role on the celebrated TV sitcom that bore his name, has now been nominated twice for his “Comedians.”

The “Cosmos” National Geographic special, a documentary piece on the Boston Marathon bombings and short pieces from ESPN and actor Steve Buscemi.

Leno, contacted by the Los Angeles Times, commented: “Hey, any time you get nominated for something where you don’t have to put on makeup and comb your hair is great.

He added: “I would like to see Jerry win,” he said. “It’s a great show, and a totally original idea. I’d like to win too, but I’ve got one already.”

Seinfeld said he hoped he’d win, too: “Let’s be honest. I deserve it,” he told the newspaper.

The two men appeared together two years ago as antagonists in a TV commercial for, of course, a car — the Acura NSX.

The two also were seen together in a January 2013 episode of Seinfeld’s show, which true to its name features Seinfeld going for coffee in a classic car, accompanied by a fellow comedian.