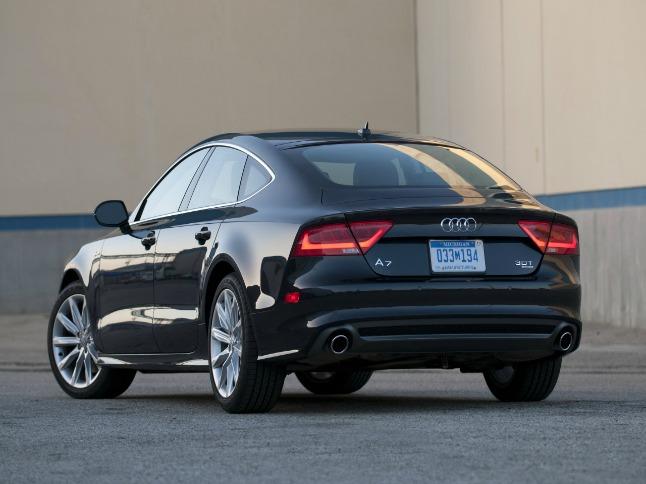 For the sixth straight year, The Weekly Driver presents its top 10 cars of the year. Plenty of well-known auto sites announce best cars of the year lists at the beginning of the model year, which is sometimes still in the previous calendar year and sometimes before a car is available to the public.

The Weekly Driver waits until the end of the calendar year. That makes more sense. It affords time to balance what might seem like a sure top-10 selection early in the year against cars reviewed at the end of the year. We admit in some instances, 2012 models were driven in late 2011.

The Weekly Driver test drove 36 cars designated as 2012 models with full weeklong print or video reviews. At least a half-dozen other vehicles were presented for short test drives at press gatherings.

The selections were subjective.

The Audi A7 is elegant and powerful. The Honda Civic Natural Gas is innovative and economical. The Kia Optima Hybrid is a handsome sports car. The Hyundai Sonata is a near-perfect, value priced family sedan. The other top-10 cars all have strong qualities, of course, including the Honda Odyssey, which is arguably the most versatile vehicle on the road.

In most instances, vehicles tested were driven a few hundred miles in a week. Sometimes the reviews were calculated from extended excursions from Sacramento the Monterey Peninsula (about 500 miles).

I also test drove cars twice while driving on round-trip treks of more than 1,000 miles from Northern to Southern California. And I conducted another weeklong test drive of another 1,000 miles throughout Colorado.

In November, I finally reviewed a hybrid on an extended trip — a more than 800-mile round-trip journey from Sacramento to Los Angeles in a 2013 Toyota Prius C. (It’ll be in the running for next year’s top-10 list.)

Just like in past years, the top-10 list is selected via only cars I drove. It’s likely a Ferrari or Aston Martin would have made the list. And perhaps a Bentley or a Maserati or a Bugatti Veyron.

But The Weekly Driver didn’t drive any exotics in 2012, rather only the cars of everyday drivers — Ford to Chevrolet, Hyundai to Nissan, Honda to Volkswagen.

The 2012 calendar year also marked the end of the ninth year of reviews for The Weekly Driver and the eighth year of its corresponding website, theweeklydriver.com.

As the site’s editor and publisher, I also contributed numerous additional automotive articles to several specialty print and online publications in 2012.

Beyond individual reviews, in 2012 my growing list of automotive curiosities continued:

* When will a carmaker simply call the exterior of its cars by one color, whether it’s red, white, blue or black?

* When will manufacturers honestly designate the number of passengers who can comfortably fit in a car?

* For the most part, spoilers look ridiculous, right? Why are they included on vehicles only loosely defined as performance cars and that have top speeds of maybe 100 mph.

Here are previous Cars of the Year selections from TheWeeklyDriver.com, 2007-2011.