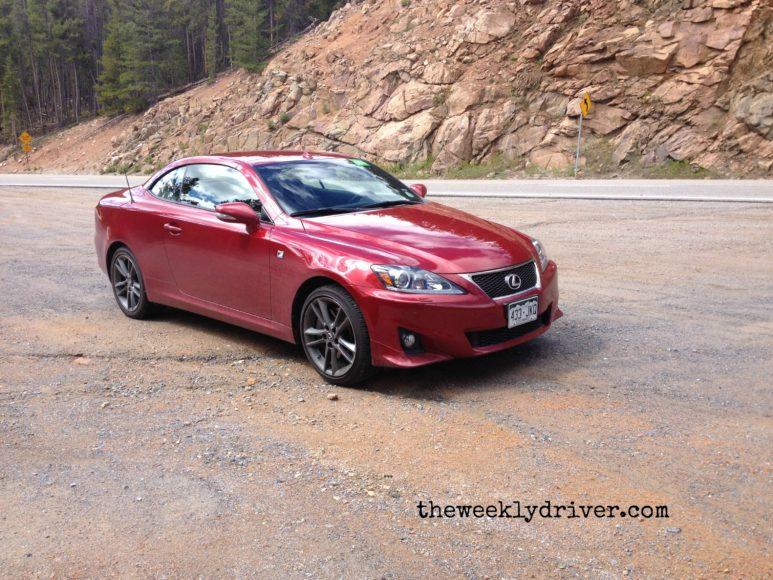 But for nearly the past decade, following a New York Times article touting the benefits of retractable hardtops, more car manufacturers have introduce and further promoted their hardtop trims.

Still, hardtop convertibles often unheralded. The obvious reason is that with the top up, it’s difficult to know if the vehicle is a convertible.

Several-dozen hardtop convertibles are currently available, many in the United States, including the 2014 Lexus IS 350. It’s the vehicle I’m driving this week during the USA Pro Challenge, the 525-mile professional bike race from Snowmass to Denver, Colo.

The new Lexus is only the 25th most researched convertible, among ragtop and retractable hardtops, on Edmunds.com. But the list is a group listing, with manufacturers’ ragtop and hardtop convertibles listed together.

My test vehicle’s hardtop retracts in 25 seconds, and with the top down, it’s been a fine companion while driving through the Rocky Mountains. With the top up, and during the days it’s rained, I’ve been grateful for a hardtop instead of ragtop.

Hardtop convertibles also have plenty of detractors. With the top down (in the trunk), there’s limited space for anything but a laptop bag of a grouchy bad is placed sideways.

Hardtop convertibles weight more than ragtop convertibles. And the mechanisms that control that hardtop trims are not always particularly attractive.

Nevertheless, ragtop and hardtop convertibles comprise a diverse car segment. The top-25 most searched convertibles, according to Edmunds.com, includes the Chrysler 200 to the Mercedes-Benz SLK Class to the top-selling convertible in history, the Mazda MX-5 Miata.