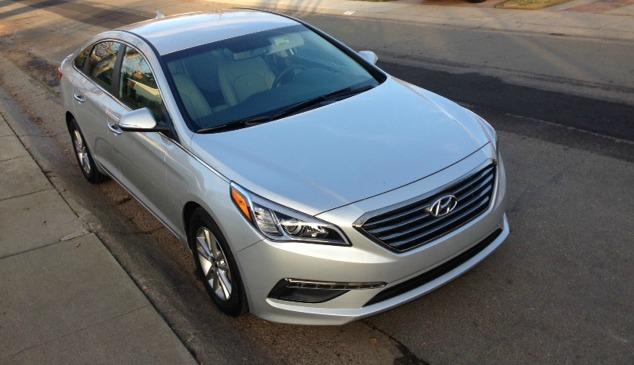 A few years after its debut in South Korea, the Hyundai Sonata arrived in the United States in late 1988 as a 1989 model. Several generations later, the 2015 Hyundai Sonata has a new design in five trims and a hybrid model. The expanding lineup helps further establish the carmaker solidly into the mainstream.

The 2015 Hyundai Sonata is available in SE, Sports, Eco, Limited and 2.0T trims, and the unheralded hybrid model. My weekly test driver was the new Eco trim. It features a 1.6-liter, turbocharged four-cylinder with 177 horsepower with a seven-speed automatic transmission, thus the Eco name. The transmission is basically an automated manual transmission, and it gets better gas mileage and has quicker acceleration than its siblings.

For its redesign in 2015, the Sonata has a larger cabin and there’s more refinement overall from the previous generation that took the sedan from a niche vehicle into the mainstream. It’s now a legitimate contender against the monoliths of the segment, the Honda Accord and Toyota Camry.

The 2015 models also retains much of what made the previous generation one of the surprises of the industry. It was styled differently than any other sedan with a sloping roofline and sharp-angled front, side and rear panels.

The Hyundai lineup, including the Sonata, also shines because it has strong performance, generous lists of standard features and solid workmanship.

As a family sedan, four adults are comfortable in the Sonata, although the sloping roof reduces backseat headroom.
Overall, it’s hard not to like the Sonata. From its swooping exterior reminiscent of Mercedes-Benz to its spacious and well-designed interior, it’s no wonder Hyundai stock in the increasingly competitive family sedan segment keeps performing well.

Only one option package and it’s expensive.

“As we discovered in our first drive, the Sonata Eco is an extraordinarily nice midsize sedan, well-equipped and capable of delivering outstanding fuel economy with very few sacrifices, all for a sticker price well under $30K. — Autoweek

“For some reason, Hyundai downplays its ‘green’ cars. They’re not heavily promoted, and it’s hard to figure out why. Every Hyundai hybrid or in this instance, the Eco, is worthy of a lot more attention — from the manufacturer and the public.”