Car loss on burned ship in the Azores exceeds $400 million 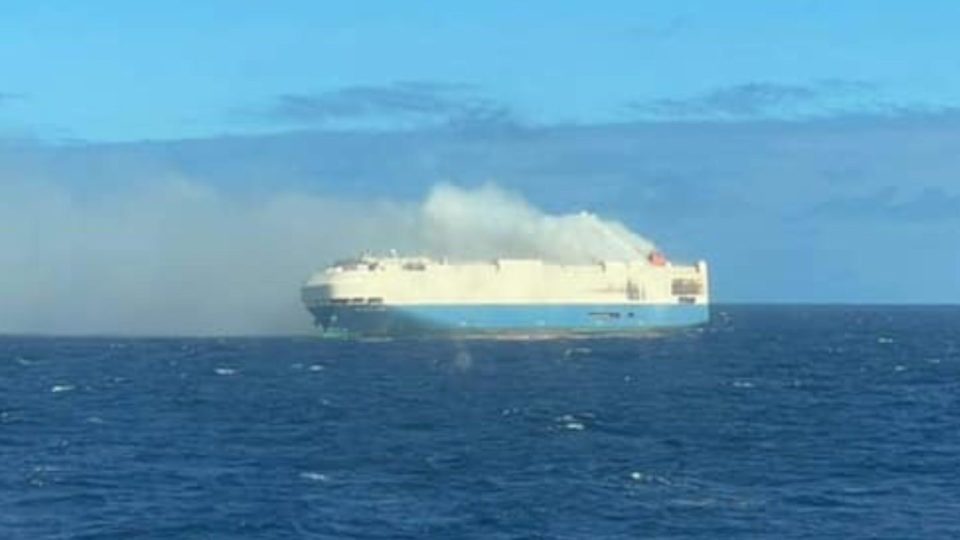 The destroyed vehicles among the cargo on the burned ship that caught fire last week in the Atlantic Ocean may tally a loss of more than $400 million, according to an industry consulting firm.

Volkswagen alone could have incurred as estimated loss of $155 million.

The total value of the cargo on the Felicity Ace, the ship ablaze for several days off the coast of Portugal’s Azores Islands, is approximately $438 million, according to the Russell Group. The 650-foot long ship was built in 2005.

Estimates of the loss are based on all vehicles on board the burned ship as total losses.

About 4,000 Volkswagen Group vehicles were on board, including Audi, Bentley, Lamborghini, Porsche and VW. About 1,110 of the affected vehicles are Porsches. Other manufacturers haven’t provided their car cargo numbers.

Representatives from the automakers have either not commented or provided little information about their vehicles on the burned ship.

Mitsui OSK Lines, the operator of Felicity Ace, reported on its website that two large tugs with firefighting equipment were expected to arrive Monday to begin spraying water on the Felicity Ace. A salvage team is reportedly already on the vessel.

No oil leakage has been confirmed and the vessel remains stable, the transport company said.

“The lost Porsche vehicles alone, which we assume are 1,100 vehicles including many customized high-end models, would exceed $140 million. We further anticipate salvage costs in excess of $150 million,” Anderson’s report said. “Similar disasters in the recent past suggest total losses for this incident may not be realized for a year or more and could be far above the value of the lost cargo.”

“Given that the ship continues to burn, no crew is onboard, and suspected lithium fires have been confirmed, we now estimate that nearly all of the vehicles are irreparably damaged and will not be saleable in the U.S. market.

“We note that these vehicles have experienced a fire, smoke, and water damage, and they risk being submerged in salt water, as well. Today’s report that the fires are ebbing included the telling explanation that there was probably little combustible material left to burn.”