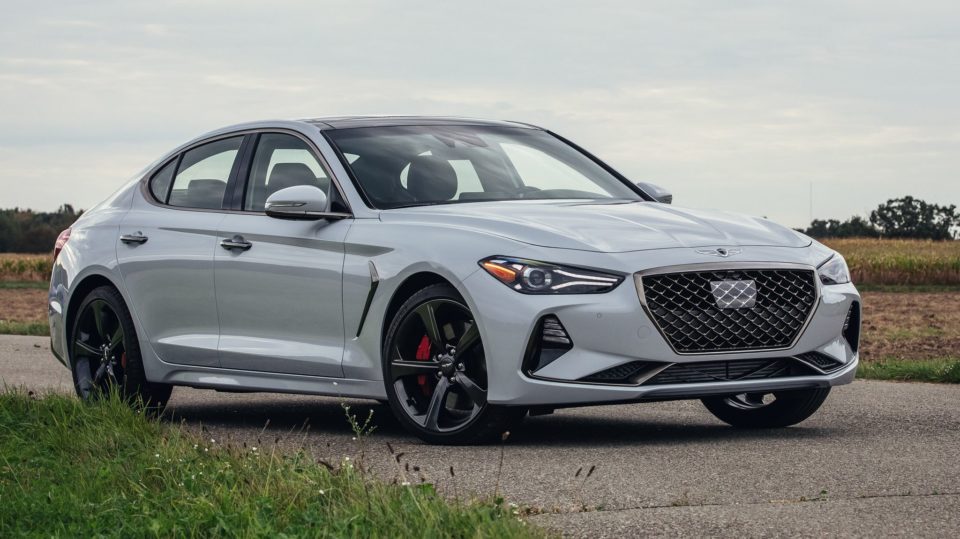 Now is the time. Brand anxiety? Brand sensitivity? Let the terms vanish from any discussion including vehicles made by Genesis.

The luxury division of Hyundai was founded in 2015. Its first vehicle debuted in 2017 and late last year J.D. Power named Genesis the most dependable automotive brand in North America.

Launched with the large sedan G90, the brand now has three sedans and a sport utility vehicle, all moving into 2021 editions. Last year’s models are still available including the Genesis G70.

In its debut two years ago the smallest of the company’s three sedans was named North American Car of the Year by the national automotive media industry. The 2020 Genesis G70 offers the same combination — a sport-oriented sedan. It’s handsomely built and well-priced against top-line German rivals Audi, BMW and Mercedes-Benz.

The 2020 Genesis G70 is offered in 2.0T, 2.0T six-speed manual and 3.3T. Two engine options and four option packages are available in all models. The reviewed 3.3T is the most powerful. It’s equipped with a turbocharged 3.3-liter V6 with 365 horsepower.

Beyond the plentiful equipment from other trims — 19-inch wheels to upgraded brakes and head-up display — the 3.3T has navigation, a heated steering wheel, a surround-view monitor and add an electronically controlled suspension.

Like few others, the G70 is appealing and provides an intangible quality. It’s immediately comfortable and road confident. It offers a well-balanced voyage while on duty as a city driving companion. And it’s all in on long hauls when comfort becomes increasingly more important as hours pass.

Despite its high-level status, the second-year Genesis has one major disappointment. It’s designated as a five-passenger sedan, but like many vehicles defined the same, the G70 fails. The front bucket seats have 12 adjustments for the driver and eight for the passenger, and there’s plenty of headroom and legroom.

The back seats are tight for two occupants, a misnomer for three passengers since the sloping roofline tightens the quarters for all but the diminutive.

The 2020 Genesis G70 is often matched against the Audi A4, BMW 3 Series and the Mercedes-Benz C class. The Audi and BMW have top-line performance numbers. But the Genesis is far from pedestrian with 0-to-60 miles per hour in 4.7 seconds and a top-end effort not too from its rivals.

For tight maneuvering in city driving, negotiating parking lots and fending off unskilled drivers, the G70 remains composed. At freeway speeds, the Genesis performs well throughout its lineup. It doesn’t misrepresent luxury sedans.

While not plush, the G70’s interior is minimalistic and offered with quality craftsmanship on the dash, console and doors. Gauges and dials are intuitive and the overall vision is without obstruction. Blind-spot monitoring with rear cross-traffic alert, lane-departure warning, lane-keeping assist and automatic high-beam headlights increase safety.

An eight-inch touch-screen infotainment system that supports Android Auto and Apple CarPlay is standard. The interface is easy to decipher with a layperson’s menu and easy use buttons and instructions.

The German car-buying masses will unlikely make a smooth transition to buying Genesis. But two years after its arrival, the G70 is a mature, worthy challenger to the old guard.