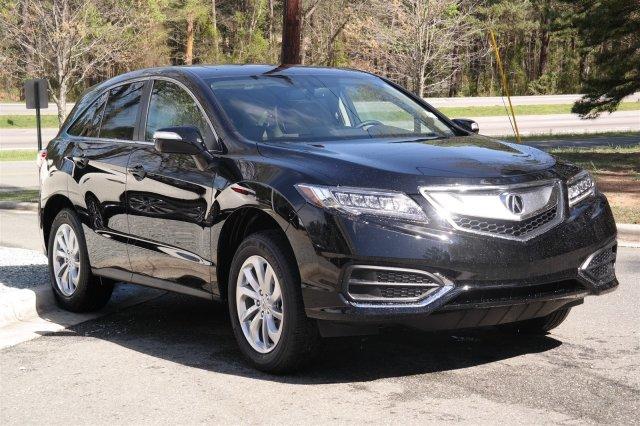 Largely unchanged from its massive makeover last year, the 2017 Acura RDX remains among the premier compact luxury sport utility vehicles on the market.

Now a decade old, the Acura RDX required few, if any, changes from the success of the 2016 model. A year ago, a new grille, new headlights and taillights and several additional features were added to the standard equipment list. This year, there are a few new exterior paint colors offered and a few discontinued.

Available in 10 trims, the 2017 Acura RDX features a 3.5-liter V6 engine that produces 279 horsepower. It’s matched to a six-speed automatic transmission, and my test vehicle had the optional all-wheel drive. It also featured three optional packages —AcuraWatch Plus, Technology and Advance Trim.

The new Acura RDX maneuvers with poise, the steering is light and composed and it offers an overall quiet ride. The V6 accelerates with authority. The six-speed isn’t the most update-to-date automatic transmission in the industry, but it responds with smooth and timely shifts.

The 2017 Acura RDX has ample cargo space and superior passenger space. The second row is particularly spacious. There’s impressive head room clearance and foot room space (for a 6-0, 200-pound passenger), even when the driver’s seat is extended for a tall driver. The rear seats easily fold flat (when the front seats are moved forward), and there’s plenty of room for groceries, hauling and most mainstream needs.

The AcuraWatch Plus package adds adaptive cruise control, a forward collision mitigation system with automatic braking and a lane-departure warning and intervention system. This package may be ordered by itself or in combination with the Technology package.

The Advance package includes all of the content in the AcuraWatch Plus and Technology packages. And there are also ventilated front seats, front and rear parking sensors, automatic wipers, auto-dimming sideview mirrors, remote engine start and fog lights.

“There are many reasons why the Acura RDX is one of our top picks in the segment. It’s a well-made, well-equipped compact SUV that is a clear, premium step up from the Honda CR-Vs of this world. Its value is undeniable and a must-drive for sensible sorts whose left side of the brain is more influential than the right.” — edmunds.com.

“Though not the sportiest model in its class, we were impressed by its ride and handling balance.” — motortrend.com.

“There are many reason why the Acura RDX is one of our top picks in the segment. It’s a well-made, well-equipped compact SUV that is a clear, premium step up from the Honda CR-Vs of this world.” — msanauto.com.

“It’s approaching $50,000 at its top-line and with all available options. That’s a chunk of money and it’s the only potential stumbling point for not buying for the 2017 Acura RDX. It’s among the finest compacts SUV on the market.”