2016 Honda Civic gets Car of the Year honors in Detroit 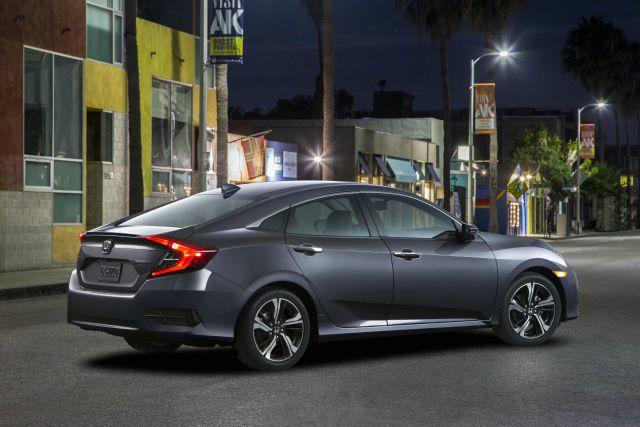 The perennially best-selling Honda Civic, manufactured since 1972 and in its 10th generation, was named 2016 North American Car of the Year at the North American International Auto Show in Detroit. The Volvo XC90 took top truck honors.

Both models are repeat winners. The Honda Civic won the best car award in 2006. The Volvo XC90 claimed Truck of the Year in 2003.

It was the third time since the awards were launched in 1993 domestic automakers were shut out
Honda swept the awards with the Civic and Ridgeline winning in 2006. Land Rover and Hyundai won in 2012.

The winners were chosen by a jury of 53 automotive journalists from a group of three finalists in each category. A vehicle must be redesigned or substantially changed in order to be eligible for the award.

The Volvo XC90 was the first vehicle to compete under the ownership of Zhejiang Geely Holding Group Co. The company has invested $11 billion to produce a wide range of new products and platforms.

Vehicles are judged on several categories including innovation, design, safety, handling, comfort and driver satisfaction. Judges are given 10 points in each category, which they can disperse how they see fit among the three finalists.

The winners are selected in a third elimination stage. The three finalists in each category are chosen from a list of 10 cars and 12 pickups in December. Those models on the shortlists were narrowed down from a larger list in the fall.

The BMW 7 series, Cadillac CT6, Chevrolet Camaro, Chevrolet Volt, Kia Optima, Nissan Maxima and Toyota Prius were the other cars on the shortlist.

Honda’s win gives Japanese automakers four wins at the awards since their debut in 1993. European automakers, including Volvo, have won six times.

Domestic automakers have won the award 12 times, while Hyundai, a Korean automaker, has won twice.
The Volkswagen Golf and the Ford F-150 won the 2015 North American Car and Truck of the Year awards.