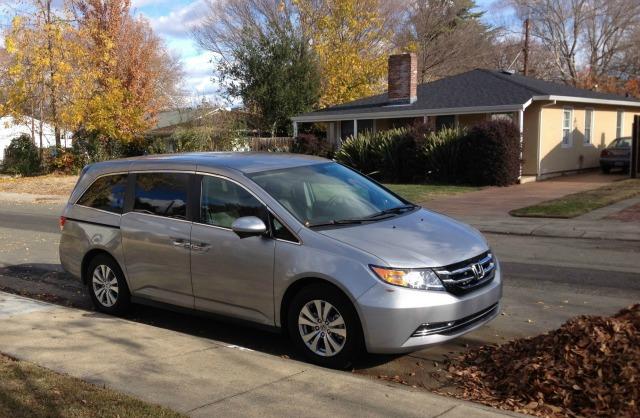 It’s hard to believe the Honda Odyssey is well into adulthood. The 2016 Honda Odyssey marks the 23rd year of the top-selling minivan.

The 2016 Honda Odyssey features a 3.5-liter, 24-valve engine with 248 horsepower. It’s mated to a six-speed automatic transmission. It has 0-60 mph acceleration in 7.9 seconds and comfortable seating in three rows for seven adults. The interior and exterior designs are sleek, modern and ultimately non-minivan-like.

I last drove the Honda Odyssey two years ago when the 2014 model featured a makeover and made an already top-rated minivan more popular. The 2016 edition is unchanged from 2015, which remained much the same as the 2014 edition.

So for 2016, how could Honda make it any better? The manufacturer lowered the price — in a unique way. The SE trim, one of six available, merges several (but not all) features of the top-end Touring Elite edition into the more affordable Special Edition trim. The included package features: a 115-volt household-style power outlet, an integrated vacuum cleaner, satellite radio and a rear seat entertainment system.

The SE model is about $10,000 less than the Touring Elite model was two years ago and about $4,000 more than the current base model.

Arguably among most unique feature in the mainstream auto industry is the vacuum tucked away in a recessed left rear panel. It was added to the Honda Odyssey in 2015 and remains. It has two nozzle attachments and a 10-foot hose that reaches the front seats. It’s efficient and works well.

The Odyssey’s all-around spaciousness is impressive. There’s headroom and legroom aplenty and comfort without compromise. It’s an ideal cruising car for a weekend getaway for three couples without having to worry about a gas-guzzler’s limitations.

Good acceleration for its class.

Optional side door slide open via the key fob or handle.

It’s called a minivan, which could discourage buyers who think it’s actually a minivan.

“When it comes to tackling the needs of growing families, the 2016 Honda Odyssey minivan is the undisputed champ. While big SUVs might be tempting, they can’t match the efficiency provided by the Odyssey’s sliding doors, low step-in height, configurable passenger compartment and fuel-efficient V6 engine.” — Kelley Blue Book.

“The Odyssey has charmed our staff for years with its unrivaled road manners, smooth powertrain, and accommodating interior.” — CarandDriver.com.

“Most impressive is the power output from the 3.5-liter V6. When a driver puts his or her foot to the floor in the Odyssey, it doesn’t rocket forward in a jerk of power. Instead, it builds like a force of nature beneath the driver, sending the vehicle smoothly forward across the landscape.” — AutoTrader.com.

“The 2016 Honda Odyssey (or any other year’s model) is one of the few vehicles on the market geared toward families or other people-moving driving segments that’s just fine for a family of two or a single owner. It’s likely the most versatile vehicle in the industry.”