2014 Honda Odyssey: Most versatile car made? 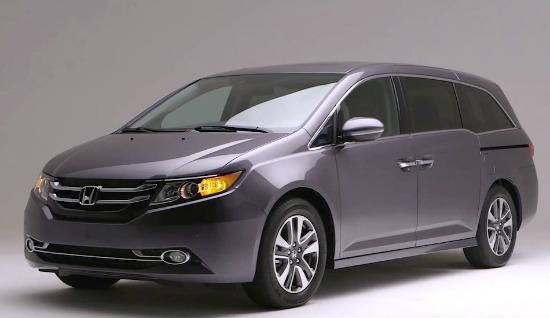 The 2014 Honda Odyssey marks a coming of age for the top-selling minivan. It’s 21 years old now, but it’s been mature for many years. The new Odyssey is in the fourth year of its fourth generation from a design that debuted at the 2010 Chicago Auto Show.

The 2014 Honda Odyssey features a 24-valve, 248-horsepower engine and a six-speed automatic transmission. It has 0-60 mph acceleration in 7.9 seconds and comfortable seating in three rows and for seven or maybe eight adults. The interior and exterior designs are sleek, modern and ultimately non-minivan.

Although the Odyssey is in the fourth year of its current generation, the 2014 edition has been refreshed with higher quality sheet metal, and a better designed and less complex interior. New also for 2014 via standard equipment or in option packages are Bluetooth streaming audio, a Pandora interface, HD radio and an in-vehicle vacuum.

Arguably most unique feature in the auto industry is the vacuum tucked away in a recessed left rear panel. It has two nozzle attachments and a 10-foot hose that reaches the front seats. I didn’t test the vacuum, but several national reviewers have commented the suction capability could be better.

The Odyssey’s all-around spaciousness is impressive. There’s headroom and legroom aplenty and comfort without compromise. It’s an ideal cruising car for a weekend getaway for three couples without having to worry about a gas-guzzler’s limitations.

Likewise, it’s an ideal soccer mom’s transport vehicle or a makeshift camper. It’s so strong in so many categories, it’s a perfectly fine car for an individual who just likes its feel on the road on a solo trek or with his or her seven closest friends.

Good acceleration for its class.

Base price too high in higher-end models.

It’s called a minivan, which could discourage buyers who think it’s actually a minivan.

“Beneath its distinctive exterior, the Honda Odyssey is a family-friendly minivan with a flexible cabin that can be configured to seat eight passengers or haul up to 148.5 cubic feet of cargo. This practicality, along with capable handling and admirable fuel efficiency, makes the Odyssey one of the top choices in the minivan segment.” — Left Lane News.

“The 2014 Honda Odyssey is a top pick for minivans thanks to its versatile interior, long list of features and engaging driving dynamics.” — Edmunds.

“Among the gold standard for such people movers is the 2014 Honda Odyssey. Like the Nissan Quest, the Odyssey’s exterior styling strays from the more traditional rounded shapes of the Toyota Sienna and Chrysler Town & Country, but inside, the Honda shines with features and functionality (yes, there’s even a built-in vacuum cleaner). Add a strong yet efficient engine and outstanding safety and reliability records, and the Odyssey can win over many a minivan critic.” — Kelley Blue Book.

“Considering its room, seating configuration ease, driving dynamics and gas mileage, the 2014 Honda Odyssey is the most versatile vehicle in the auto industry.”