Toyota no longer king of the green car industry 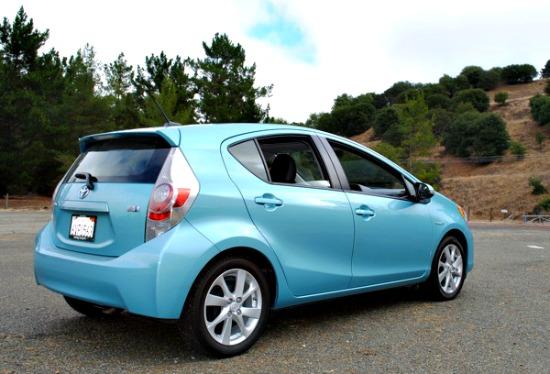 It’s hard to believe that Toyota, the automaker behind the hugely successful hybrid-electric Prius, is no longer viewed as the green car industry leader.

According to Danny Magill, an analyst at the London-based think tank InfluenceMap, Toyota has gone from a leading position to an “industry laggard” in clean-car policy as other automakers push ahead with ambitious electric vehicle (EV) plans.

Toyota officials have publicly argued that too aggressive a transition to fully electric vehicles could and other green car negative setbacks. Instead, Toyota believes that hybrid and plug-in hybrid vehicles are more realistic in our transition away from gasoline-powered cars to reduce emissions.

“Too little attention is being paid to what happens between today, when 98 percent of the cars and trucks sold are powered at least in part by gasoline, and that fully electrified future,” says Toyota spokesperson Eric Booth.

Toyota’s renewed focus on hybrid-electric vehicles in the green car industry may be attributable its forward-looking hydrogen-fueled automobiles having been a bust as to marketplace success. These zero-emission cars contain hydrogen tanks and fuel cells that can convert hydrogen into electricity, unlike other electric vehicles that are battery-powered.

Toyota’s hydrogen models can travel hundreds of miles on a tank, and emit only water vapor. But the expense of hydrogen fuel and the lack of refueling infrastructure has kept the technology from going mainstream. Given these setbacks, Toyota has advocated for their hybrid technology as a logical transition to greener transportation when hydrogen becomes more accessible.

Over the past few years, the company has also sued the Mexican government in an attempt to block fuel efficiency standards there. Toyota has also supported the former Trump administration’s court battle with California over revamping Clean Air Act emissions standards.

Toyota is also rumored to be part of a collaborative lobbying effort with the Washington, D.C.-based Alliance for Automobile Innovation to fight new regulations calling for zero-emissions vehicles. Moreover, Toyota’s Political Action Committee was the top donor to Republicans in Congress who opposed the results of the 2020 presidential election.

While Toyota continues its opposition to true EVs, major markets like China have begun an aggressive shift toward EV production and can ultimately force the company’s hand. Environmentalists and economists agree in order for Toyota to increase its profit margins and remain viable into the future, it needs to rethink its vision—and prepare for a battery-electric future.

2020 Toyota Prius: Hybrid Sedan Still Worthy After All These Years

PrevPreviousConcept cars: back to the future again — maybe
Next#204, New Book: The Checkered Past of Al Unser Jr.Next