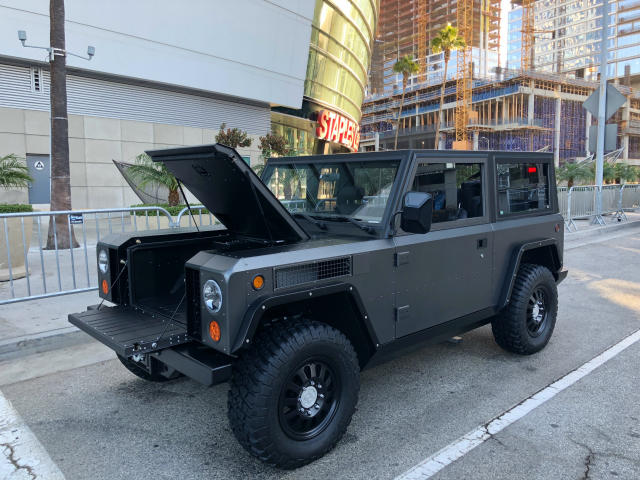 General Motors has joined several other manufacturers and will debut a Chevrolet electric pickup by 2025. It’s another boost to the truck industry as buyers continue to abandon sedans for trucks and sport utility vehicles.

The manufacturer, which revealed concept sketches of the pending vehicles to Car and Driver, reports the electric truck won’t be identical to the recent announcement of the electric GMC Hummer.

The Ford F-150 electric, Tesla Cybertruck, Rivian R1T, Bollinger B2, the Lordstown Motors Endurance are all predicted to debut within the next few years. The Hummer EV SUT will debut in the fall of 2021.

While the Hummer is being billed as a lifestyle vehicle, the new Chevy truck is expected to more resemble a traditional truck with an emphasis on utility.

According to media reports, the new Chevy truck will feature a new electric-vehicle platform that allows the company to stack battery modules two high.

Fitting 24 modules between the frame and under the body results in a battery pack that can store as much as 200.0 kWh of electricity and will provide the truck with a 300-mile range. Tesla vehicles peak at 100.0 kWh

Chevrolet is also planning to debut an electric crossover in 2025 as part of GM’s eleven-vehicle onslaught. Like its pending electric pickup, the planned electric crossover hasn’t yet been named and neither of the vehicles has been priced.

Rivian and Bollinger have promoted their pending electric trucks for the past two years, notably at the Los Angeles Auto Show.

Rivian hasn’t revealed much, but its trucks and corresponding all-electric SUV have been marketed as performance-oriented, long-range vehicles. We also spoke with Robert Bollinger, CEO of Bollinger Motors and founder of the country’s most unique electric trucks.

Bollinger has provided some details of its utilitarian B1 Electric Sport Utility Truck and B2 Electric Pickup Truck. Both are currently in pre-production mode. The company recently announced the aluminum truck’s debut MSRP of $125,000, with reservations of $1,000 available for the pending two vehicles.