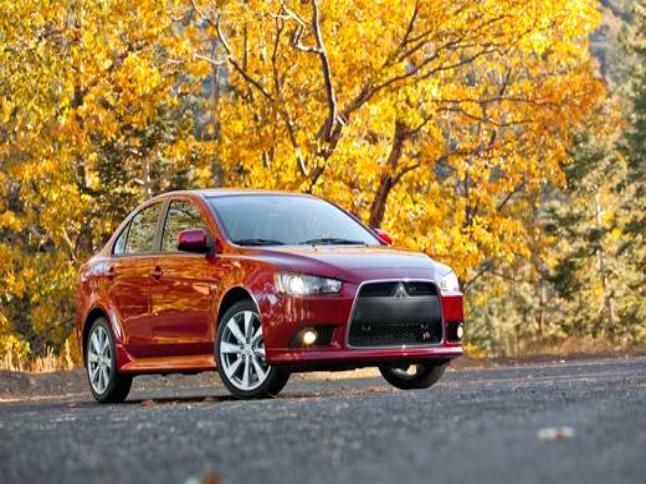 The Mitsubishi Lancer compact four-door sedan and hatchback come in models ranging from a tame 148-horsepower model to a crossfire-hurricane 291-horsepower version called the “Evolution,” which car buffs love.

The often-overlooked Lancer was Mitsubishi’s second best-selling model in America in 2012, behind the Outlander Sport SUV. Most Americans don’t realize Mitsubishi is a huge conglomerate that sells vehicles throughout the world and that it’s an innovative outfit. Mitsubishi’s tough race/rally cars were among the world’s championship cars.

Mitsubishi pulled out of world rally competition about seven years ago, although development continues for production classes that keep its race-bred Lancer Evolution model a feared performer.

List prices for Lancer sedans and hatchbacks range from $15,995 to $34,695. Besides the top-line race-style Evolution (commonly called the “Evo”), models are the entry DE, mid-range ES, sporty GT, high-performance Ralliart and nicely refined ES. Some have front-drive, others all-wheel drive. Some have regular trunks, others a hatchback.

Even the entry DE has a good number of comfort, convenience and safety features, although you must move to the next higher model, the ES, to get standard air conditioning and keyless entry.

All Lancers have four-cylinder engines, some with and some without a power-boosting turbocharger. They can be had with a continuously variable automatic (CVT) transmission with a manual-shift feature or a strictly manual gearbox.

My test GT had a lot of equipment, including automatic climate control, steering-wheel-mounted audio switches and cruise controls and rear heater floor ducts.

The GT is a good compromise between all Lancer models, leaving aside the ferocious low-production Evo. The base Lancer engine is noisy and rather lazy from a stop. On the other hand, the 2,966-pound GT’s four-cylinder is quiet and provides lively in-town and on-highway performance.

The GT’s estimated fuel economy with the CVT is a so-so 23 miles per gallon in the city and a more-impressive 30 on highways. Figures with the manual are virtually the same, at 22 and 31. Only regular-grade gasoline is needed.

The steering is fast and has a rather heavy feel. The ride is supple, but firm enough so occupants can feel some bumps. The GT’s sport-tuned suspension with front/rear stabilizer bars provides sure handling, and is assisted by active stability and traction control systems.

The anti-lock brakes are controlled by a somewhat sensitive pedal that took some getting used to.

The GT has a low front end that can be damaged by high curbs and such, but its styling is attractive, with a front fascia from the sporty Ralliart sedan. The GT also has fog lamps, side sill extensions, rear spoiler, color-keyed door handles and sideview mirrors that fold against the front windows for parking-lot protection. Low-profile 45-series tires are on 18-inch alloy wheels.

The interior is roomy for four tall adults, and even the middle of the rear seat is soft enough to be useful, at least on short trips. There’s also a rear center fold-down armrest containing dual cupholders.

The backlit gauges can be quickly read during the day in the quiet interior, which has a height-adjustable wheel. The sport front bucket seats provide good support during spirited driving. Most controls are small, although clearly marked, and the color multi-information display can be easily read. Visor vanity mirrors are unlit.

Front door pockets are large, but the rear ones are nearly useless. At least the back windows roll down all the way to make it easier to grab food at fast food outlet drive-through lanes.

The large trunk has a rather high opening, and the 60/40 split rear seatbacks flip forward—although one must push small, awkward-to-use buttons to release them from their upright position. But the seatbacks sit flat when folded to enlarge the cargo area.

The trunk lid popped up on twin struts, making me wish the heavy hood also had struts. A prop rod holds it open.

Is a Lancer for you? It’s certainly worth giving at least the GT model a shot.

Bottom Line: The often-overlooked Lancer offers a variety of trim levels, from tame to wild.

Dan Jedlicka has been an automotive journalist for nearly 45 years. To read more of his new and vintage car reviews, visit his website, www.danjedlicka.com.